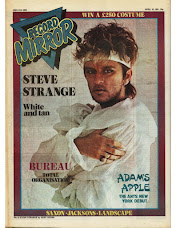 3. The Cure - Primary. Taken from the group's new and third album Faith, the single actually did make TOTP this week, mistakenly announced by Peter Powell as being their 'debut' on the show.

4. Sugar Minott - Good Thing Going. This one by the veteran Jamaican vocalist has been around for a bit and is already up to no.7. The song was origianlly recorded by Michael Jackson in 1972

5. Theatre of Hate - Rebel Without A Brain. More London post-punk energy still coming through and this one is the highest new entry on the Indie charts this week. 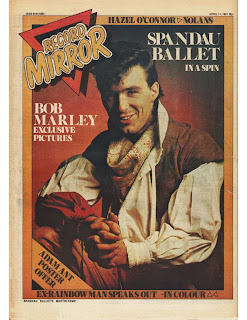 1. Spandau Ballet - Glow. Brand new track to accompany Muscle Bound up the charts and onto the dance floors.

3. John Lennon - Watching the Wheels. Posthumous single release from the Lennon estate, the last to be taken from Double Fantasy.

4. Shalamar - Make That Move. US disco trio get first Brit hit since last year's I Owe You One. 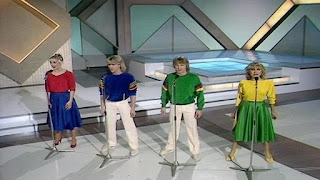 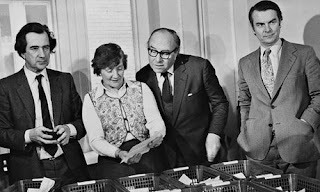 2. Bucks Fizz - Making Your Mind Up. UK's Eurovision entry for this year is into the charts this week an on TOTP.

3. Orange Juice - Poor Old Soul. In the indie charts and on the Peel show. Their debut session from last year also gets a repeat this week.

4. Leve Lovich - New Toy. Still looking for a successful follow-up to '79's Lucky Number and Say When, this new one is at 54 this week (and on TOTP), although sadly gets no further.

5. Status Quo - Never Too Late. Title track from the Quo's new album, straight into the charts this week at no.2. 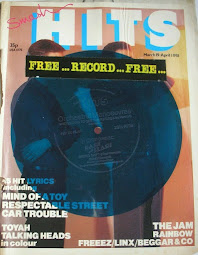 1. Landscape - Einstein a Go-Go. This one seems to have escaped the radar so far but is already at no.21 in the charts after the video was shown on TOTP last week.

2. Heaven 17 - (We Don't Need This) Fascist Groove Thang. Debut single by ex-Human leaguers + 1 and is on heavy rotation on Peel's late show.

3. Linx - Intuition. New entry at no.35 this week for Brit funksters.

4. The Polecats - John, I'm Only Dancing. A daring cover version by trendy rockabillies, just into the charts at the first of tow hits. 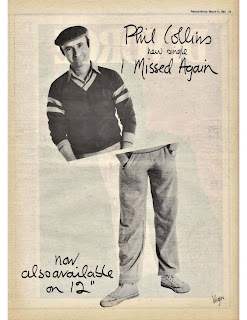 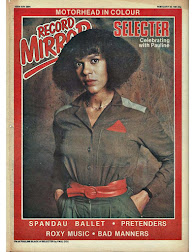 1. Kim Wilde - Kids in America Highest new entry at no.18 this week.

4. The Selecter - Celebrate the Bullet Title track from new album at no.49 in the chart this week (and in Record Mirror)

5. Scritti Politti - The Sweetest Girl. From the NME/Rough Trade C81 cassette, track selected by John Peel for his show this week.